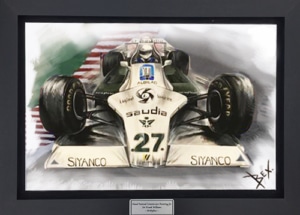 This one-off  painting is of the FW07B, driven by Alan Jones and Carlos Reutemann in 1980.

This record breaking F1 car is captured in front of the union jack, capturing Sir Frank’s success along with his heritage.

As an artist of iconic cars, it’s a privilege to have been chosen to use my skills to produce artwork of such an incredibly engineered masterpiece.

I even got a photo with the car itself- bonus! 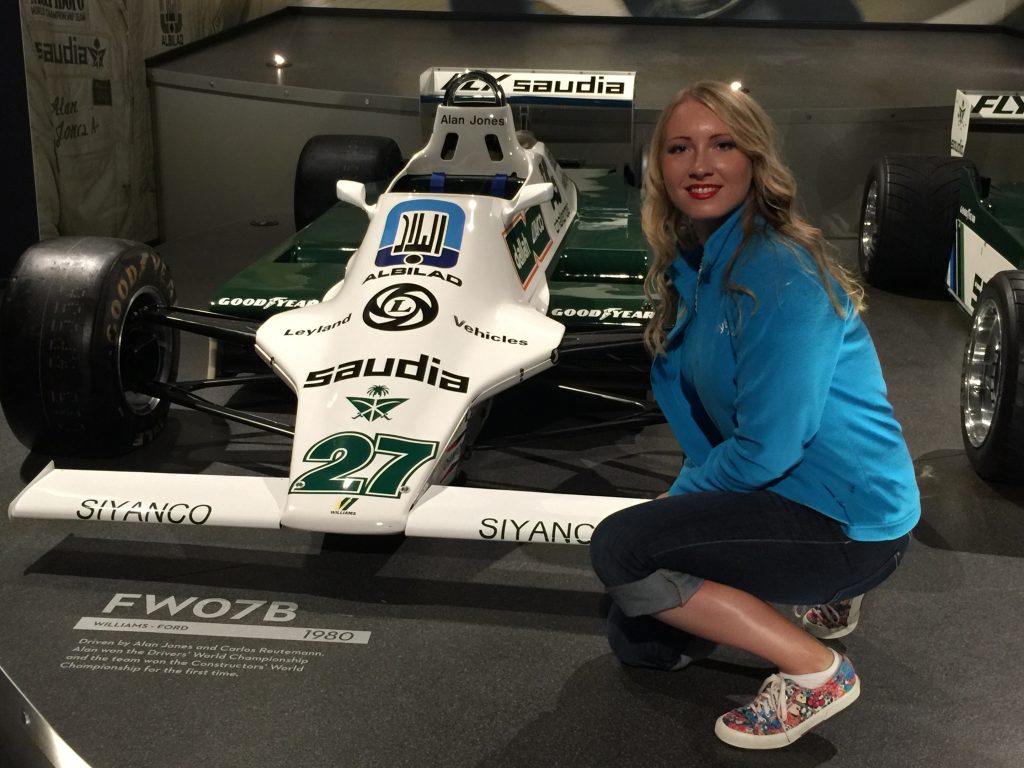