Talented Artist Bex, known by everyone as ArtbyBex, has had a great idea!!

Bex has captured one of the most iconic action scenes of the UK’s most favourite Mini Movie, The Italian Job!

Together with legends from the movie, Bex celebrates the ‘50th Anniversary of the Italian Job’ within her Legendary Anniversary Art Collection!

Only 50 Exclusive Prints are available and each are signed by David Salamone who played Dominic the Red Mini Driver in the 1969 film and John Cooper. Wow!

If you would like to own one of these Limited Edition 50 Artworks, 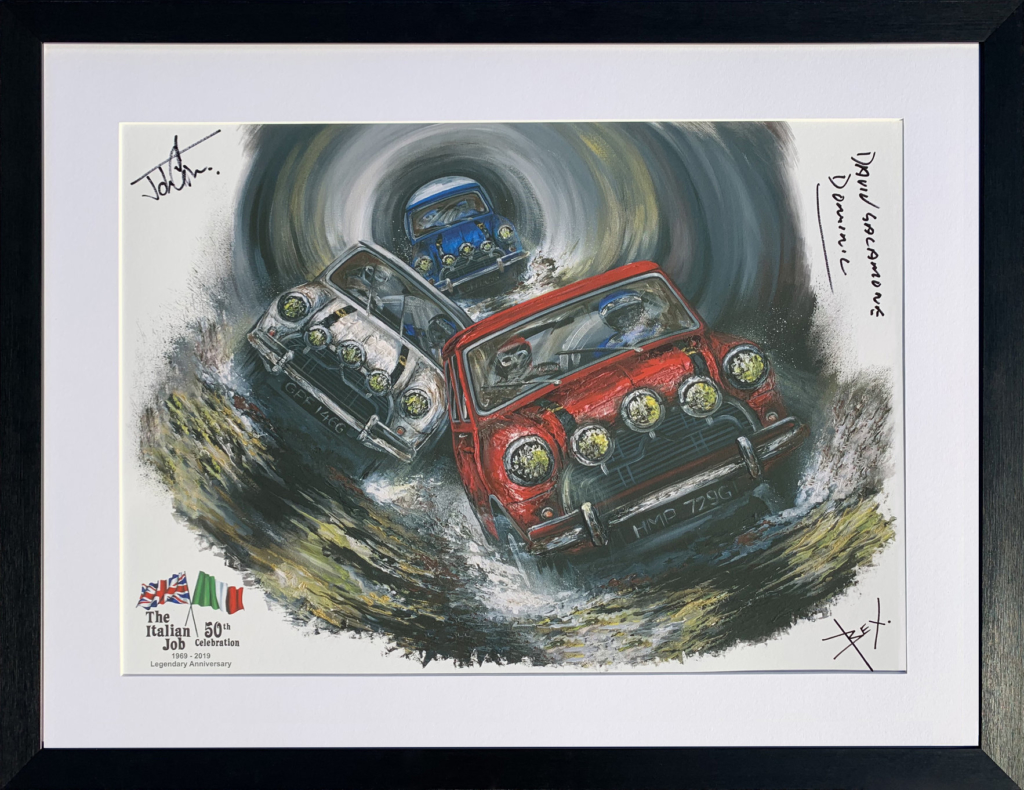 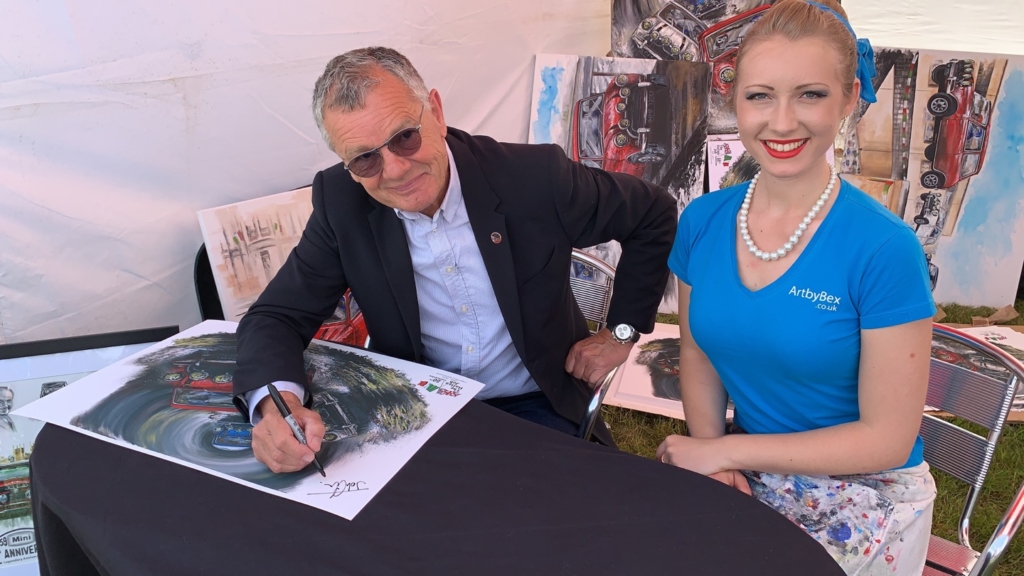 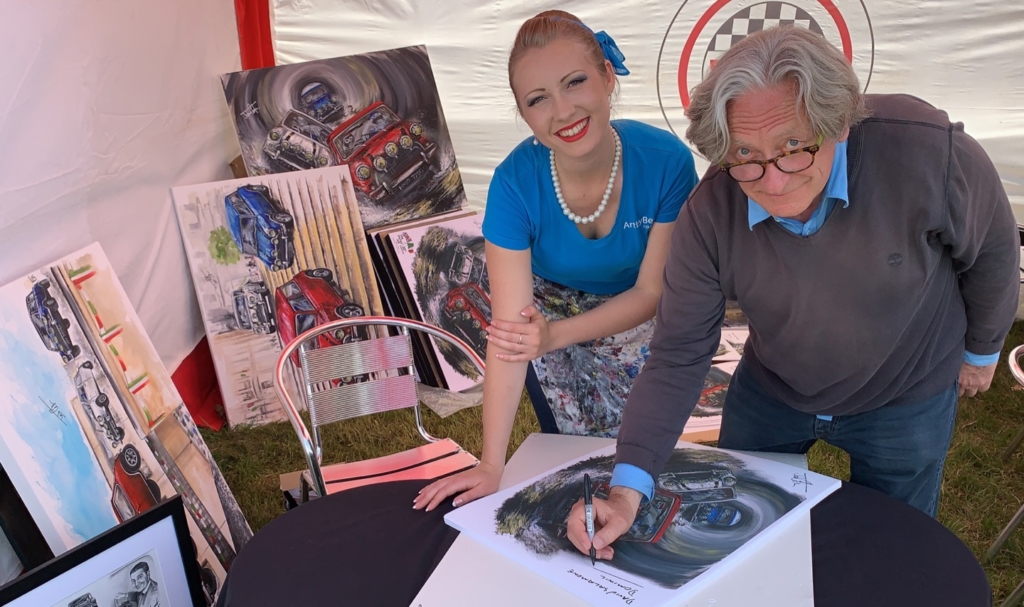