Bex, known to us as ArtbyBex, has collaborated with the stunt drivers that appeared in the original 1969 Italian Job film,
featuring the ‘King of Motor Stunts’ Rémy Julienne along with other stunt drivers David Salamone and John Morris,

The Mini car stunts were ground breaking at the time
and all orchestrated by the ‘best in the business’, French ‘Star’ Rémy Julienne.
The stunt drivers made these Coopers ‘fly’ around back streets of Turin, through the shopping arcades, down the Cathedral steps, through sewers, across the weir and leaping off the tops on the buildings.

Bex took to time to travel all the way to Paris with her artwork to meet with Rémy personally at his home.
Rémy couldn’t believed she had travelled to France just to meet him with her collectable artwork-
Bex felt it was a real honour to meet this ‘dare devil’ professional, who is almost 90 years of age! 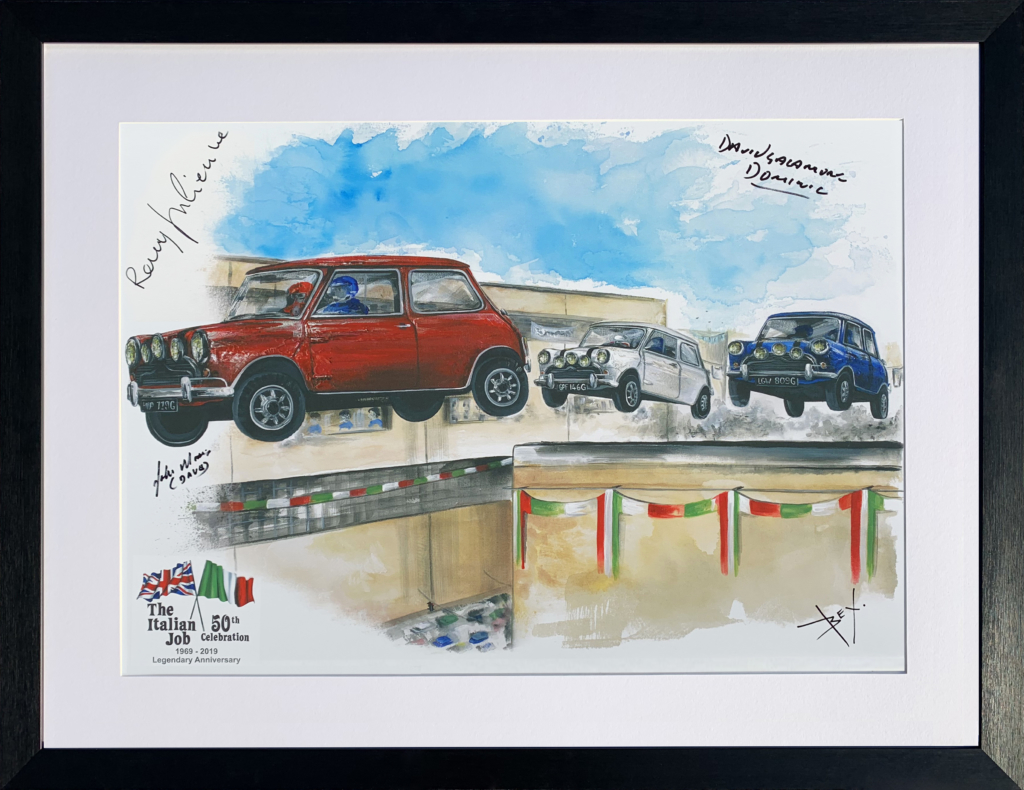 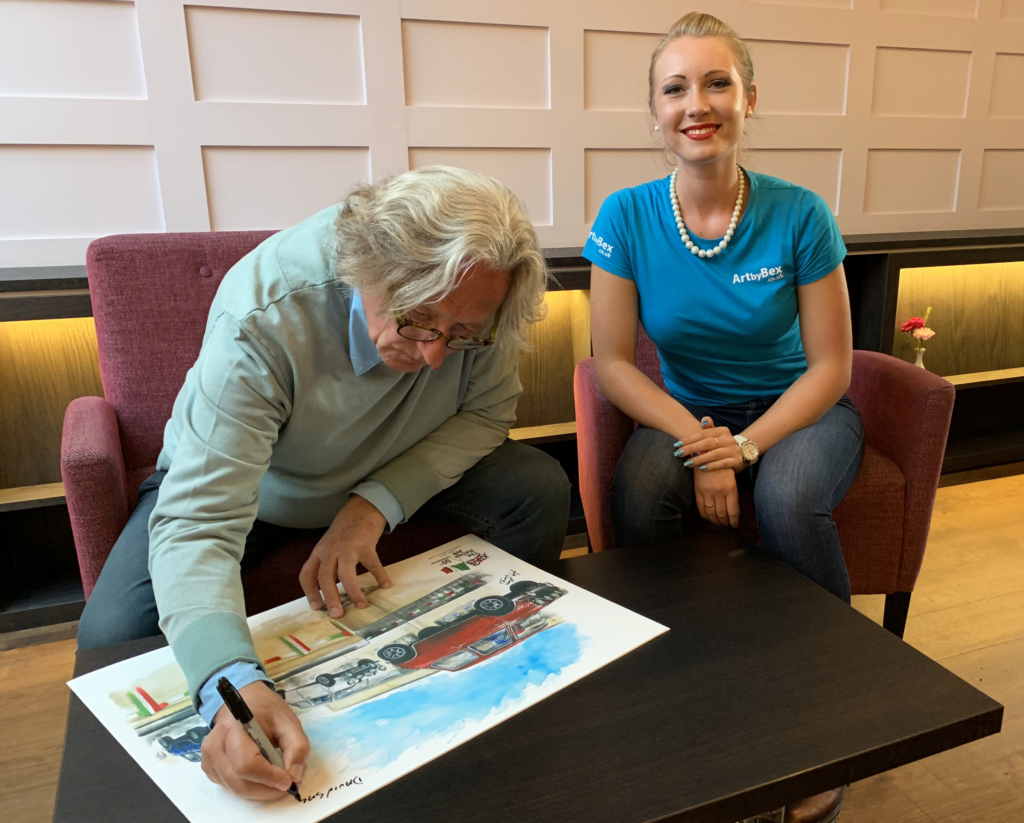 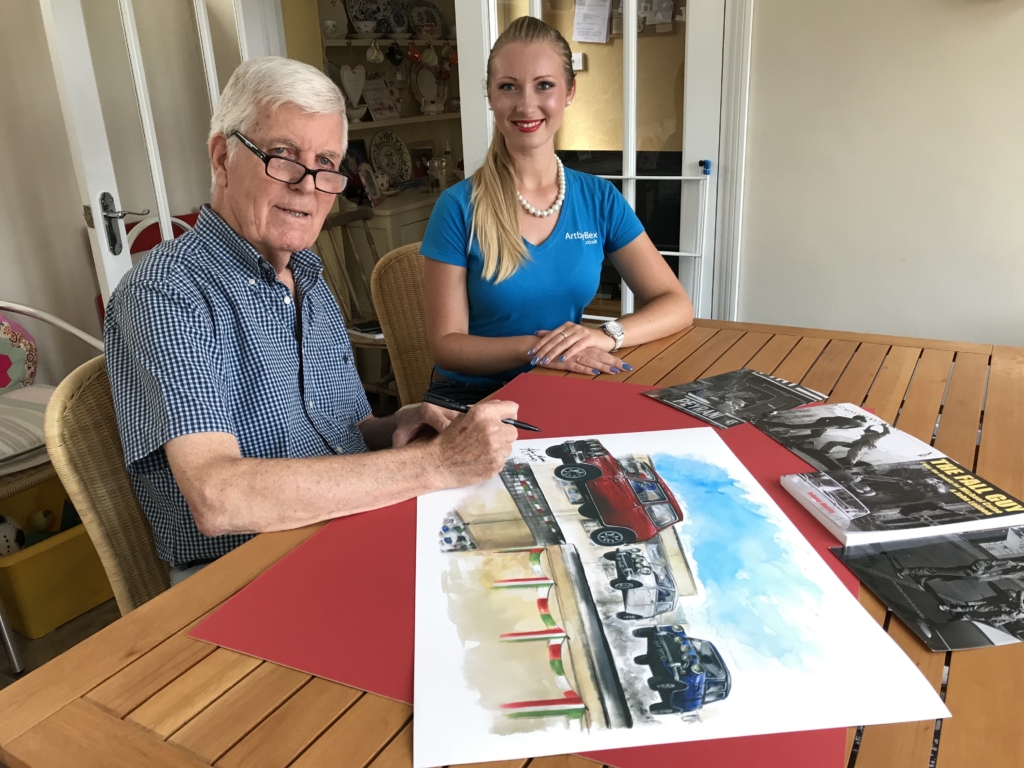 Those fearless stunt drivers created the most memorable, daring death-defying car choreography ever seen at the cinema –
Bex has captured these exciting scenes within her Italian Job Legendary Anniversary Collection.

Each one of these original stunt drivers,
Rémy Julienne, David Salamone and John Morris have personally signed each limited edition artwork.

If you would like to own one of these Limited Edition 50 Artworks,