Time to forget Brexit and let’s go back to the heady days of 1959!!

The days when Alex Issigonis, the head of design at the British Motor Corporation (BMC), proudly revealed his creation- a car that captured the imagination of the world and revolutionised driving from conventional to fun.

The Mini was an instant hit with the ‘Royals’ then the paparazzi had a field day, with celebs like Paul McCartney, Steve McQueen, Enzo Ferrari & Peter Sellers vying for media attention but that wasn’t enough, as the Mini itself became the Star.
Films quickly followed starting with the Mini in the Pink Panther and The Italian Job.

Meanwhile, John Cooper and Paddy Hopkirk proved this creation could ‘fly’ winning race after race. A fashion Icon with Race and Rally pedigree, everyone wanted one. 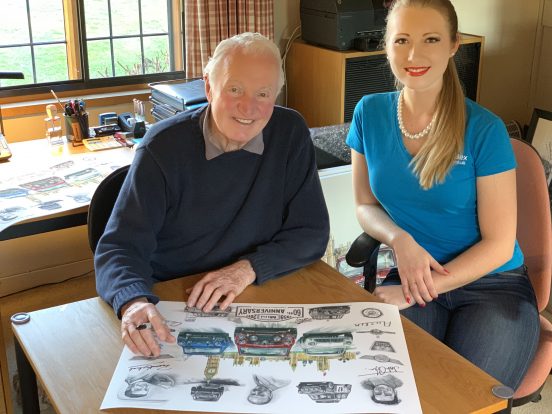 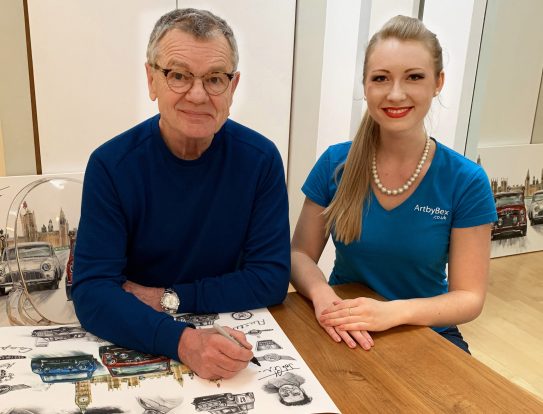 Who hasn’t owned and loved a Mini at some time in their lives?

As a Mini owner herself, Bex couldn’t wait to kick-start this very special 60thanniversary year by creating her Limited Edition Artwork encapsulating the heritage of our wonderful British classic!

This month, our well-known Mini Artist, Bex who we know better as ‘Art by Bex’, captures the extraordinary picture story of this British innovation that touches all our hearts in this exclusive print. 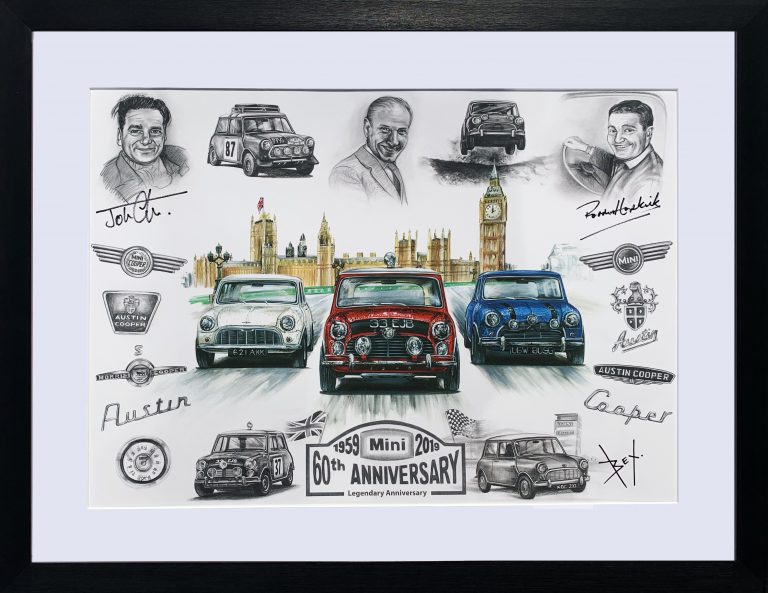 So what does this Exclusive 60th Anniversary Artwork feature, Bex?

“Hand drawn portraits of Mini icons Alec Issigonis, Paddy Hopkirk and John Cooper as well as paintings of one of the first Mini’s designed by Issigonis 621 AKK, Paddy Hopkirk’s winning 1964 33 EJB Monte Carlo Mini and the one of the original 1969 Italian Job Trio Mini’s to name a few. This is my take on the Heritage of the world’s greatest automotive ICON, created with my heartfelt passion for the car, I also own myself.”

Bex is an active member of the worldwide Mini Family!
And just like our Mini Family, owners of her exclusive artwork are also part of the Art-by-Bex Family. 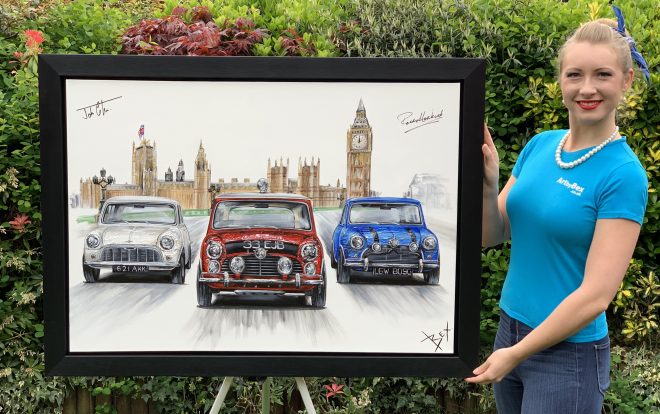 So why create this 60th anniversary artwork Bex?

“As Mini owners we’re all part of the Mini World family, each of us have a story to tell and a journey that involves our beloved Mini. This is my way of saying ‘thank you’ for all the greats times that the Mini has given us”

What makes your artwork so collectible Bex?

“The Mini Legend Paddy Hopkirk and the famous John Michael Cooper, son to the legendary Mini Tuning Specialist and race winner, John Cooper, have collaborated with me, to make this my most collectible artwork to date! Now that is truly special.”

This highly collectible “Legendary Anniversary” Artwork that Bex has created begins with the Mini’s story featuring many of the Mini badges from the 60’s, 70’s 80’s and 90’s.

Her Exclusive Legendary Anniversary Artwork collection will only ever be just 60 prints to celebrate this 60thanniversary, all individually numbered and signed by both Paddy Hopkirk and John Cooper. Truly exclusive. 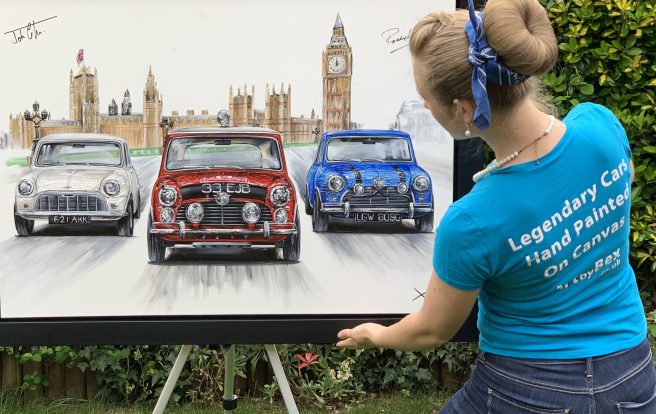 “I’m off to Monaco this month to meet with my racing driver clients. You’ll catch me at the Silverstone Classic and Goodwood Events, especially when Minis are racing. If you see me around please come over and say hello. Tell me your Mini Stories; I’d love to hear them!

Want to know own one of these Exclusive 60th Artworks?