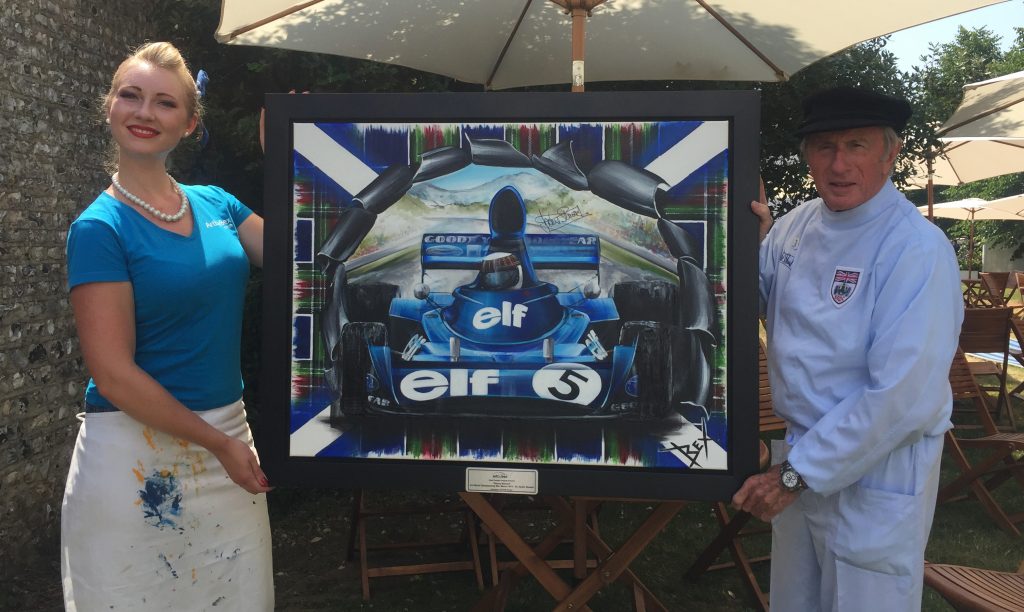 At Goodwood’s Festival of Speed, Sir Jackie Stewart was presented with his very own bespoke commission painting created by ArtbyBex.

Sir Jackie had previously requested for Bex to capture his third championship win at Monza within a personal piece of artwork. 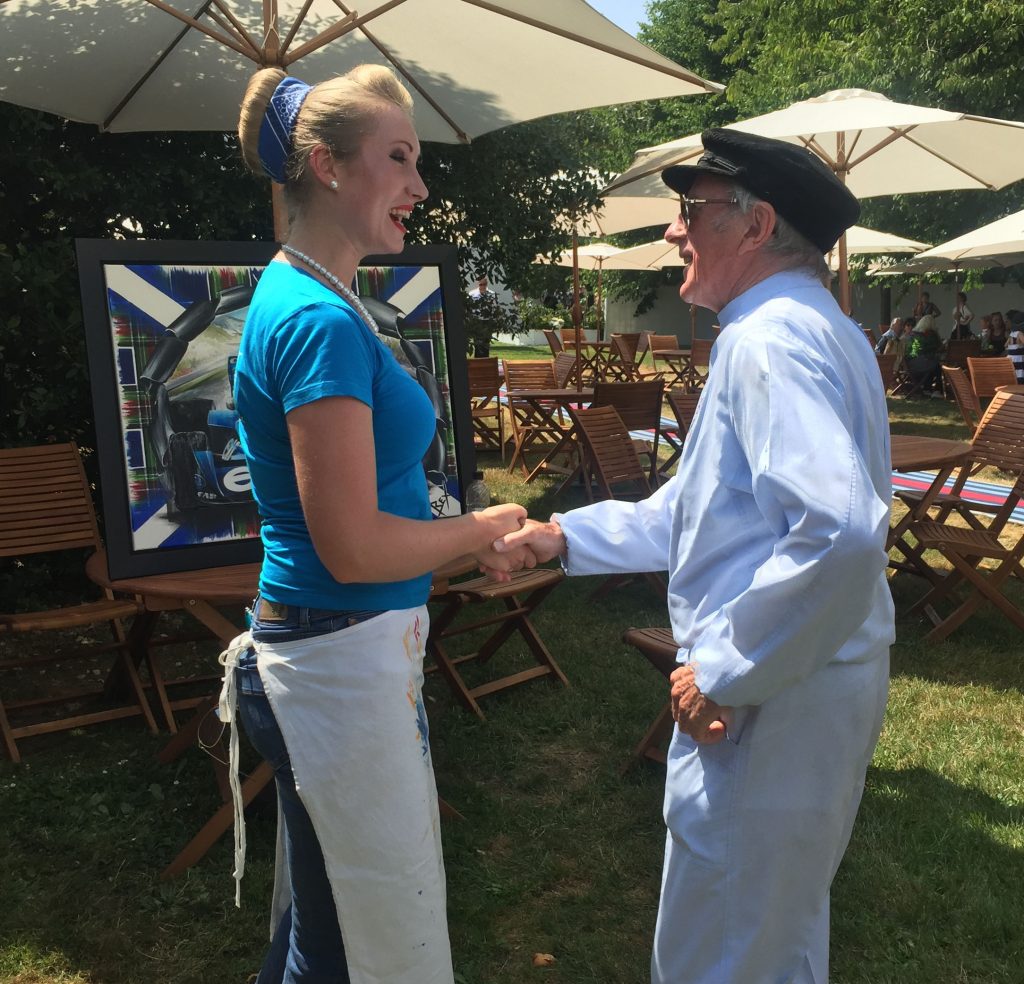 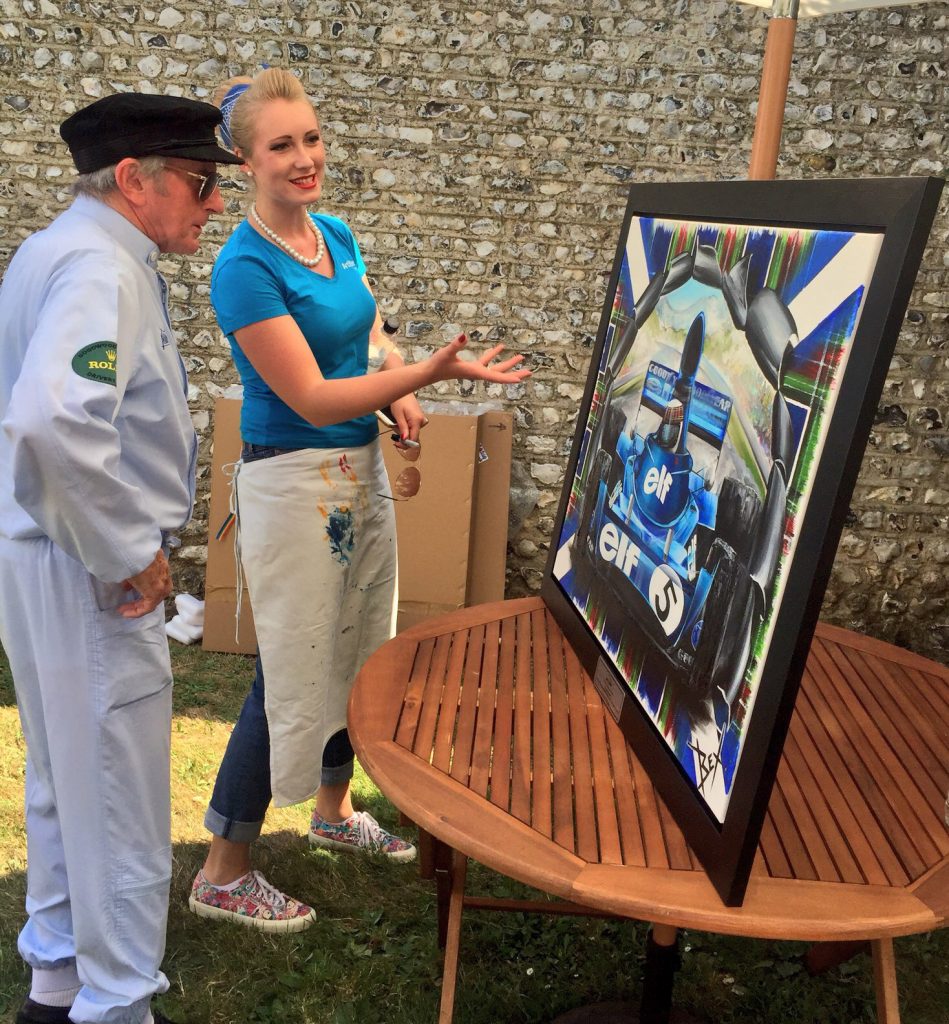 The design selected by Sir Jackie captured his 1973 winning championship car racing on a famous section of the Monza track, bursting through a dynamic background that encapsulated the heritage of the driver himself. 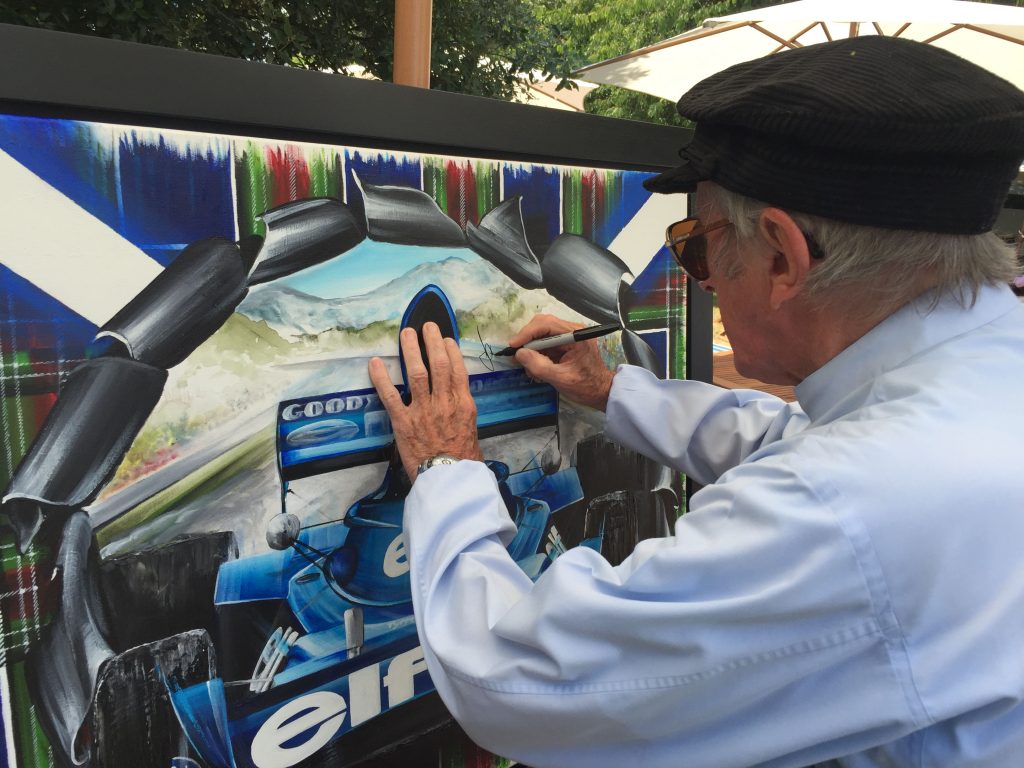 The ‘Racing Stewart’ artwork proved extremely popular at the event, with the painting and an interview with Bex being televised at by Michelin Tyres within the Private Martini Driver Club at the Festival of Speed.

It was a proud moment for Bex to have used her skills to create for such a legendary racing figure. 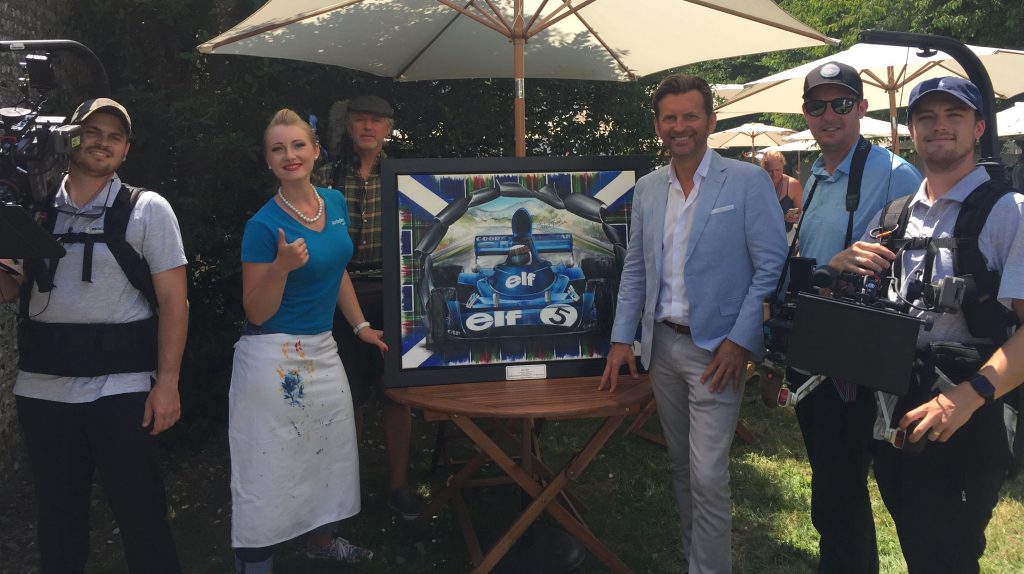