Do you remember the iconic scene in the film?

Once the lads have the gold, they jumped into the Ford Thames Trader minibus singing, “This is the self preservation society,”

you know the ‘sing along’ words as we all do.

Michael Caine or to be exact, Charlie Croker then shouted at them “Get out of Turin on the double Lads and head for the alps!”

No one has ever created a bespoke artwork of the Italian Job Minibus until today.

Here is my Exclusive Limited Edition Artwork of the “Self-Preservation Mini Bus” with all the football memorabilia, just as you would have seen it in the film.

Better still, each print has been personally signed by the most famous British Football Hero’s, Colin Bell MBE , widely regarded as one of Manchester City’s finest players, and Sir Geoff Hurst MBE who remains the only footballer to ever score a hat trick in a World Cup Final. 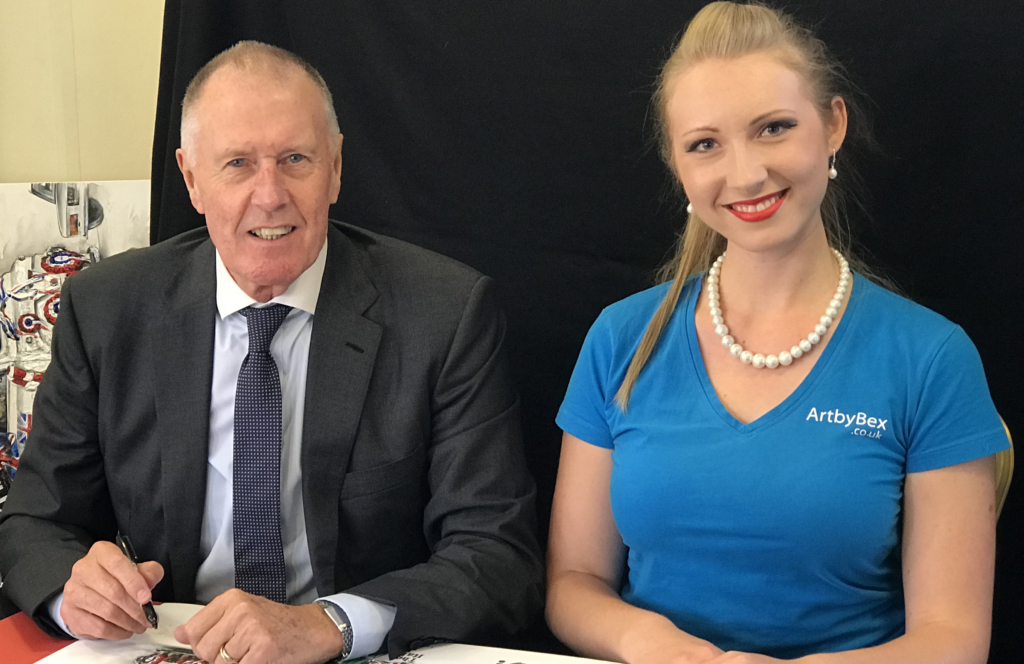 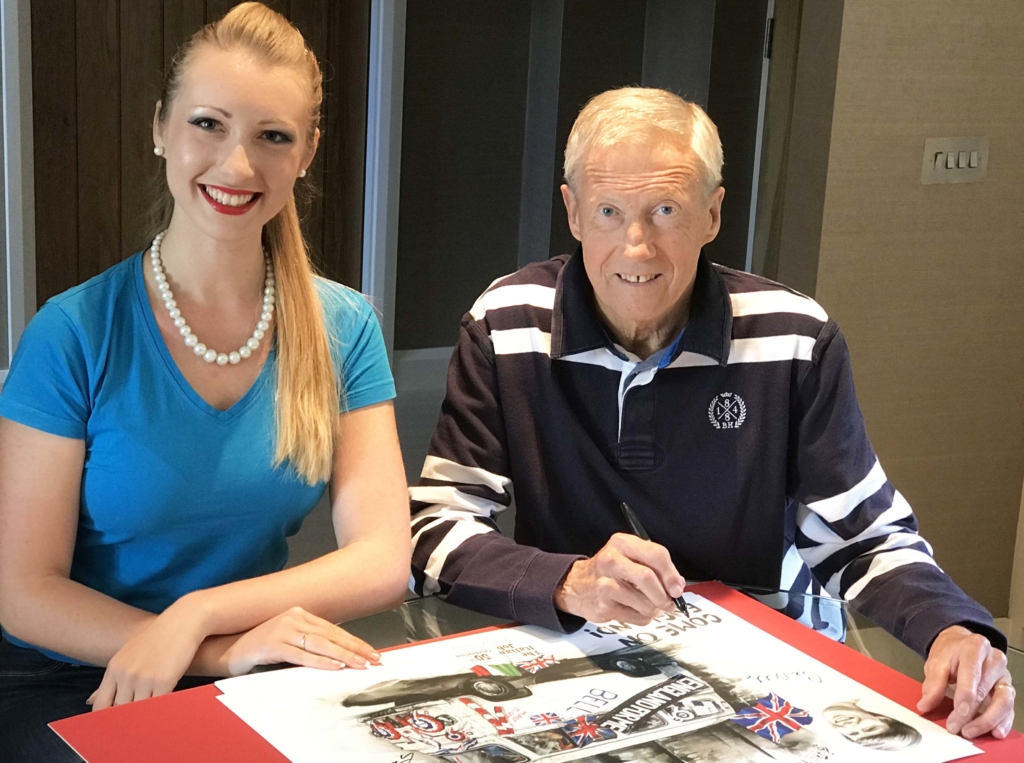 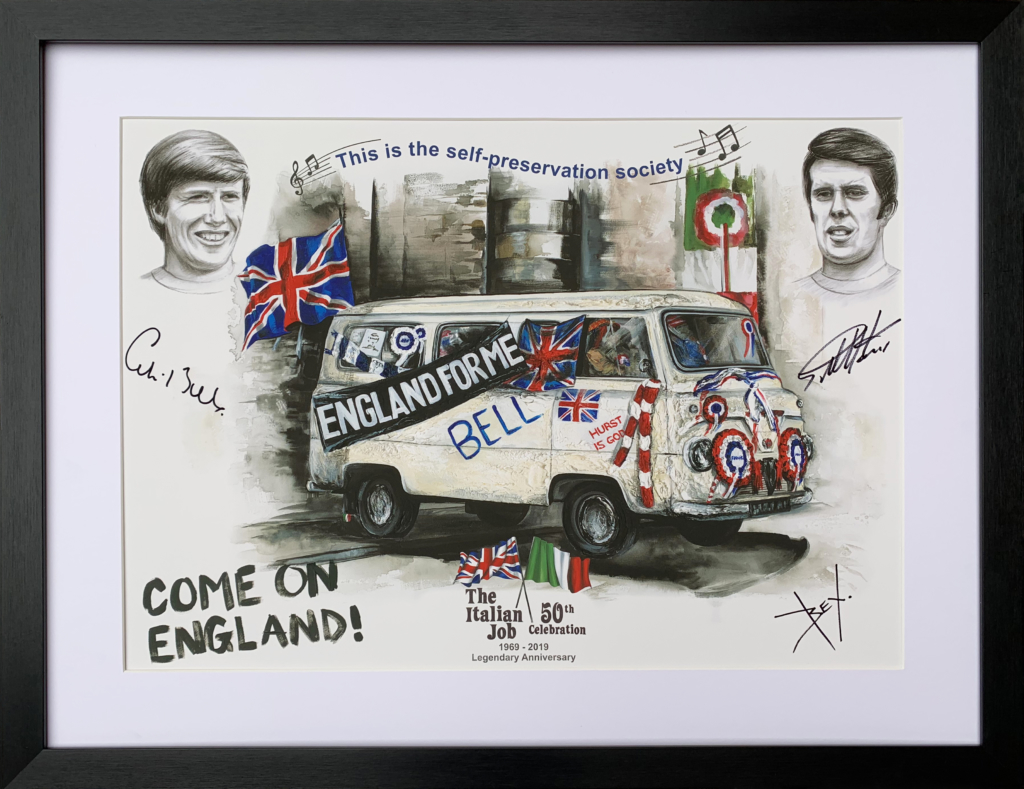 This artwork celebrates both the 50th anniversary of the Italian Job, together with the 1960’s glory years of the England Team.

Only 50 artworks have been created and each comes with its own certificate of authenticity proving it’s originality!

If you would like to own one of these artworks for yourself, or know more about the Exclusive Italian Job Art Collection,